The fortress was built for the first time by the Romans in 1-st century AD. It had defending functions for the Roman Empire and later for Byzantium. In 14-th century AD, during the time of the Bulgarian king Ivan Sratsimir, were built additional fortifications toward the fortress, which made it one of the most fortified fortress in the region during that time. French and Italian master builders participated in its building and brought a European influence on its construction and design.

The Fortress “Kaleto” is protected by walls only from northwest and southeast, the other sides are naturally fortified by the rock cliffs.

The walls of the fortress are with width 2 m and height 12 m. Inside the fortress is constituted by three interconnected yards. The area of the fortress covers over 2 acres. It was equipped with well, mills, grain storage, which assured its independence during occupation periods. The Fortress “Kaleto” is a top leading site-visit object in Bulgarian national tour guide “100 national tourist objects”. 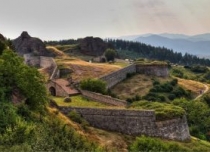 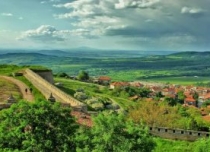 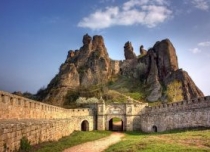 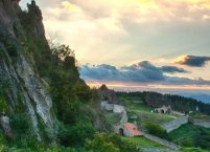